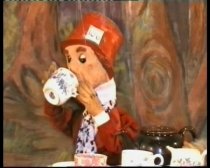 A poem about Blackpool illuminations,  I think I wrote it about five years ago and it rhymes!

I spent several summer seasons  as a child  in a holiday flat overlooking the North Pier where my parents were performing with their show. We performed in a traditional theatre on the pier. Anne Shelton was staring in the big show at the other end. Later in life I would join the world of jugglers and other speciality acts with my own set of marionettes. My first season was at Eastbourne Hippodrome and I later toured in Variety.

Summer seasons started early and ended in late September, by which time the famous illuminations were attracting thousands of people to the town. The musical trams with hundreds of lights and fairytale themes were one of the highlights.

How can we sleep, sleep with this din
when all that is out there wants to come in

The windows ajar so the curtains are free
ripples of moonlight dance on the sea.

A huge paddle steamer trundles along
with thousands of lights it moves through the throng.

It comes creeping along on the tracks of the tram
cars all start hooting because there’s a jam.

Songs from the old days are blaring out loud
every so often they’re sung by the crowd.

The brightest of colours, red, blue and green
flick on and off to highlight each scene.

An enormous Mad Hatter is pouring some tea
and pirates trap lost boys under a tree.

Witches and wizards are busy with spells,
goblins and fairies are living in wells.

The boat is upon us and dazzles our eyes,
we find ourselves flying like kites in the sky.

On a giant helter-skelter we slip  and we slide,
we’re twisting and turning enjoying the ride.

On candyfloss mountains we’ll bounce and we’ll jump,
on lollypop twisters we’ll land with a thump.

We’ll spin round and round on pink and white twirls
and sail the dark seas on liquorice swirls.

We’ll stop and have tea that the Mad Hatter makes,
run after the knave who steals all the cakes.

We’ll follow the piper who gets rid of the rats,
stroke the soft fur of the fairyland cats.

The boat trundles on to the end of the track,
it’s lucky for us that it makes its way back.

So we leave magic dragons and fish that can talk,
three little pigs who are out for a walk.

We pass by our window and take a great leap,
tired with excitement we soon fall asleep.

Our sheets made of cotton have mud here and there,
to remind us at daybreak we really were there.

for ‘a blog that brightens our day’!