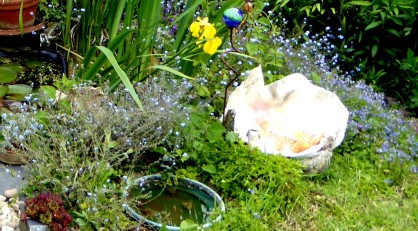 forget-me-nots were used a as a symbol of remembrance of that nation’s war dead as well as the poppy in Newfoundland.

Henry David Thoreau wrote “It is the more beautiful for being small and unpretending; even flowers must be modest.”

my mother always grew them and every summer when they first appeared said forget-me-not, a profusion suddenly appeared this year. I think of her often, but perhaps there are so many because would have been 90 this year had she lived this long. 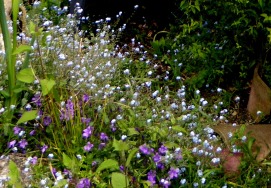